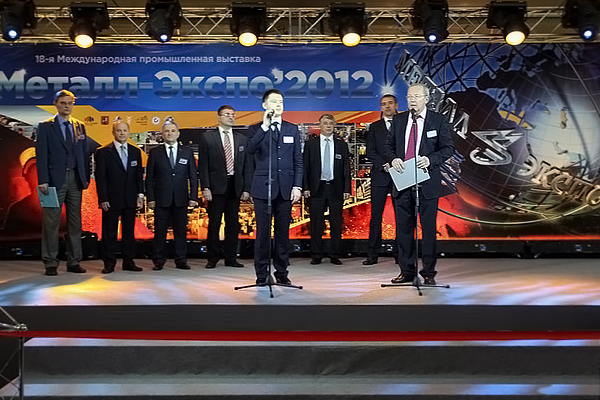 On November 13–16, 2012, All-Russian Exhibition Center became the venue for the international industrial exhibition.

FRESHEXPO developed and successfully realized a design project of a stand for GIVA East Ltd., 36 sq. m in area.

At this event, exhibitors presented various products, technologies and modern equipment for ferrous and nonferrous metallurgy. As part of business program of the exhibition there were held over 50 workshops, conferences and round-table discussions. At this exhibition, winners of the contest «Event of the year in Metallurgy of Russia» were awarded with prizes.

Over 700 companies from 35 countries took part in this tradeshow. Among these were pipe-producing and hardware plants, metallurgical companies, rolled aluminum and alloys manufacturers, nonferrous metals processing enterprises.

Metal-Expo 2012 was attended by constructors, industrial engineers, representatives of oil and gas companies and other branches.

Metal-Expo 2012 was held with the support of Moscow government, Ministry of Industry and Trade of the Russian Federation, Chamber of Commerce and Industry of the Russian Federation, Union of Industrialists and Entrepreneurs,  International Union of Metallurgical Equipment Producers (Metallurgmash), Russian Union of Metal and Steel Suppliers, Russian Builders Association, Russian Engineering Union and Builders Union of Russia. 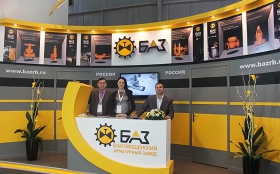