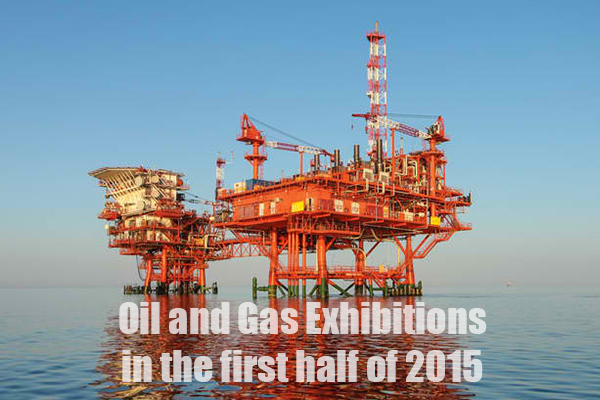 FRESHEXPO is inviting companies of Oil & Gas and petrochemical sector to take part in international exhibitions held in Russia as well as near and far abroad.

Due to a drop in prices on energy recourses the global Oil & Gas sector is currently going through a period of fundamental change. Not only regional stakeholders, but even global corporations are revising their approach to oil and gas production, treatment and transportation. They are also considering activities for upgrading the existing infrastructure and investing in new projects. Transportation routes are changing because of the political instability, among other reasons.

Business program of oil and gas exhibitions includes numerous congresses and meetings where Oil & Gas companies can get the most up-to-date information and maintain personal contacts with business partners and representatives of authorities.

Organizers put particular emphasis on attracting foreign companies and their target visitor audience is professionals. CIPPE has already become the largest Oil & Gas exhibition in Asia and is sure to be among the most representative international industrial exhibitions of the world.

We at FRESHEXPO recommend you to turn your attention to IRAN OIL SHOW 2015 that is scheduled for 6–9 May in Tehran. Despite trade sanctions and restrictions laid on the country, in 2014 the Iran exhibition attracted over 600 foreign companies and almost 1,200 participants demonstrated their products on the area of 73,000 sq. m.  Interest to the event has grown three times compared to 2013 and organizers expect that the trend will continue this year. Iran is a strategic region rich in oil and natural gas.


A number of significant events will take place in the CIS countries abundant in natural resources.

ATYRAU OIL & GAS 2015 will be held on 14–16 April in Kazakhstan—the country in which oil production has doubled over the last ten years. With 160 companies from 15 countries in 2014, the exhibition in the city of Atyrau will introduce a few new sections: welding in Oil & Gas industry and corrosion-resistant coatings for pipelines.

OGU 2015 (OGU - OIL & GAS UZBEKISTAN 2015) will take place in Tashkent on 12–14 May. Last year OGU attracted 160 participants from 22 countries. In order to support and promote business communication, the exhibition will be paralleled with another event on relevant subject – Power Uzbekistan.

CASPIAN OIL & GAS 2015 will take place in Azerbaijan on 2–5 June. The scale of the event is apparent from 2014 statistics: over 10,000 visitors and 402 participating companies from 29 countries.  Azerbaijan has vast deposits of oil and gas. The exhibition allows to estimate resources and opportunities in the region and discuss cooperation with international partners taking into account global economic trends.

Major issues of Oil & Gas sector development in Russia will be discussed on 23–26 June within the framework of International Oil & Gas (MIOGE) Exhibition at Moscow's Expocentre. MIOGE is a regular meeting point for the largest oil and gas producing companies, equipment and service suppliers for Oil & Gas industry, as well as oil-industry professionals. Last year, some 1000 companies from 40 countries took part in this trade show. Over 30,000 specialists visited expositions and attended other events.
Trade Shows by Theme: Gas Industry, Oil, Gas, Petrochemistry, Liquefied gas, Energy
Book a stand
Book a business trip