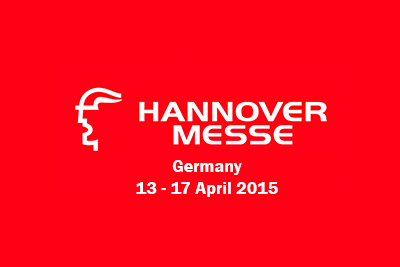 The world-largest industrial exhibition Hannover Messe is held every year in April. In 2015, the trade fair brought together in Hannover as many as 6500 representatives of companies from 70 countries. For the first time in the history of the event over a half of its participants (56%) are foreign companies. More than 1100 firms are from China.

In 2015, India became official partner of the event and presented its own show at the opening ceremony. While addressing the audience, Indian Prime Minister, Narendra Modi shared, «Germany ranks 8th among foreign investor countries in India. About 600 Indo-German Joint ventures are presently operating in India. The purpose of my being here and participating in the Hannover Fair is to highlight that there is more potential in Indo-German economic collaboration».

The focus of expositions at Hannover Messe is not on the theoretical findings, but on the practical implementation of innovation solutions in industrial automation for manufacturing. Organizers are striving to build a close link between all the members of this chain – inventors, manufacturers, contractors and distributors of high technologies. Such approach is known among professionals as Industrialization 4.0.
Integration of robots and automation systems is the second most significant subject of the exhibition. Robots are getting smarter and smarter – they can perform complicated tasks and even work as a team.

The world's first robot chef named Lucien Olivier was made by Moley, a British company founded by an expatriate Russian Mark Oleynik. With the help of two manipulators, a lot of sensors and a complex algorithm, this Iron Chef can cook a delicious crab bisque by adding and mixing all ingredients strictly according to the recipe. Finally, the robot ladles out the soup into plates and can even add sauce and tarragon. The inventors are planning to teach their Iron Chef to cook 2000 dishes.

German engineering company Festo headquartered in Esslingen am Neckar has created a swarm of BionicANTs: robot insects around the size of a human hand, which unnervingly resemble a super-sized version of their insect forebears. The BionicANTs are programmed to mimic the intelligence of their real world counterparts — including their ability to co-operate and complete fiendishly complex tasks, such as moving objects much larger than themselves, which they'd be unable to do alone. Each BionicANT is embedded with a stereo camera in its head and sensors underneath, giving it an intuitive sense of spatial awareness and the ability to locate and grip objects with its pincers. The swarm uses a wireless network to communicate, effectively creating a mini production powerhouse. In the future such strong and compact, agile and smart robots can be used at plants and factories as loaders.

And the mesmerizing kaleidoscope of bionic eMotionButterflies is aimed for defense industry. Due to the complex positioning algorithm they never collide with each other and other objects.

Titan — the dancing robot and old favorite of Russian specialized exhibitions, which was entertaining guests of the Sochi Olympics a year ago — is also present at HannoverMesse.

Russian companies are also present at the exhibition. Moscow government in cooperation with Moscow Convention Bureau organized a collective stand presenting five leading techno parks of the capital and products of 17 manufacturers for electronics and microelectronics, tools and systems for technological control, IT, new materials, power efficiency.

The exhibition will continue running until 17 April, 2015. The program of HannoverMesse offers a lot of other interesting presentations, round-table discussions and conferences. 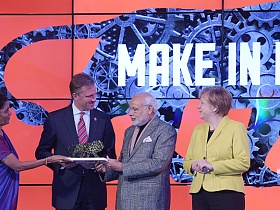 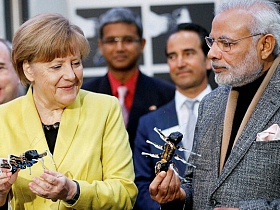 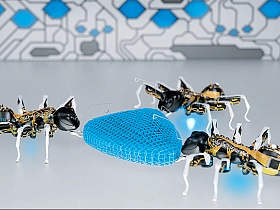 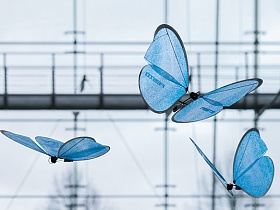